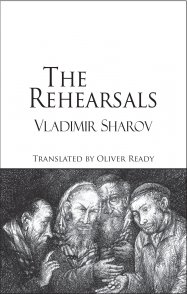 'This is a most original novel and, in particular, in the period when they are exiled to Siberia. It is clearly, at least to some degree, an allegory of the situation in the wider world. On the face of it, it may seem a religious novel and, of course, to a certain degree it is. But if you are not religious or not interested in religion, there is much more to it. It is also about power, the use and abuse of power and secular power versus religious power. It is about the roles we play in life and how we cope with these roles. It is about Russian history, particularly the mid sixteenth century and the time of the religious reforms in Russia, but also about the Russian Revolution (there cannot be many novels that feature Patriarch Nikon and Beria). It is about Russian character and the nature(s) of the Russian people.

I judge novels in many ways but one of the ways that I judge them is whether I think long and hard about them after I have read them and whether I discuss the ideas that they raise with my significant other. This novel passed both those tests with flying colours. It clearly is a first-class novel and rather a pity that it has taken twenty-five years to appear in English but we must be thankful to Dedalus that it finally has.

Several of the theological and political issues at the heart of the novel -- such as the Schism -- are quite Russia-specific in this very much about-Russia novel, and some of the theological debate can be a bit wearing, but central though national and religious identity and issues are, and how very much The Rehearsals is not only steeped in Russian history but also tries to define it, that's not all there is to the novel. In fact, there's quite a bit of entertainment to the story too, including some exciting adventure. The novel might qualify as wildly imagined -- if it weren't for the fact that so much of it is factual -- and Sharov also has good fun with many of his characters and scenes. More loosely digressive than most fiction, The Rehearsals nevertheless consistently sticks to its larger story -- it's just that it turns out to be more multifaceted than the simple(r) one, of putting on a play, at the heart of it.
The Rehearsals pulls readers along to some strange places, not so much at a slow pace but in a roundabout fashion, but it's worth the unusual ride.

A good read for fans of Tolstoy, Dostoyevsky and Solzhenitsyn.

The backdrop is Russian history and its continually revived messianic themes of God's chosen people and the Promised Land. With the advent of the Soviet period and the horrors of the Gulag, the village community, where the rehearsals had continued, turns into a labour camp, with the Apostle Peter as camp boss and the Apostle James as the secret-police chief. The novel's end satisfyingly connects with its beginning when the identity of Kobylin, the mystery man, is revealed: as a small child, he alone survived a massacre in the labour camp, and was adopted by Maria Trifonovna Kobylina.
The Russian word for a rehearsal is repetitsia: Sharov in this novel conveys the endless repetition of human folly and cruelty. At the same time, it is shot through with moments of hilarious absurdity, when, for example, James denounces the Apostle Peter for religious propaganda and rehearsing the play Christ the Counter-Revolutionary 'with repeated attempts to bring about the Second Coming of Christ . . . in order, among other things, to bring an end to Soviet power'.

That end is clearly welcomed by Sharov: meanwhile, the reader is left wondering whether Russia's danse macabre still goes on.

Xenia Dennen in The Church Times

Like a stream that has to be traversed at the beginning of a picturesque mountain walk, the opening of The Rehearsals seems designed to ward off day-tripping dilettantes. The first seventy pages consist of different Soviet professors discoursing on such crowd-pleasers as the nature of Christ's incarnation and ecumenism in the work of Gogol. This would seem to be one of those Russian novels that your mother warned you about - full of philosophy, God and confusing names. But just as the committed hiker gains access to breathtaking views (and a good workout), so the reader is rewarded with an unforgettable experience. Not because Vladimir Sharov forsakes the intellectual heft of these early pages, but because he finds a more accessible vehicle for his profound thinking in an intriguing premiss.
The story proper begins in the seventeenth century at the New Jerusalem monastery outside Moscow. Nikon, the zealous, reforming patriarch of the Russian Orthodox Church, built the monastery as a replica of the Holy Land and has now tasked the Breton director Jacques Sertan with staging a play there using a cast of local villagers. The play's subject is the life of Jesus and its script is the Gospel, but, as Nikon warns, “this cannot be theatre. Everything must be exactly as it once was”. The peasants are not, they believe, rehearsing a performance, but rather conducting a ritual to hasten the return of the one figure they do not dare recreate - Christ.
Nikon is a compelling mixture of piety, ambition and apocalyptic fervour, and at first it seems as if the novel will centre on his contradictory character. But Sharov, a trained historian, is also ambitious, and skilled at painting the bigger picture. So he leaves Nikon behind to follow the peasant-actors and their descendants right up to the twentieth century as, exiled in Siberia, they remain steadfast in their commitment to the play and its role in catalysing the return of the Messiah. This expanded scale, in conjunction with Sharov's deft handling of allusion and Oliver Ready's nuanced translation, allows the allegorical significance of the narrative to become apparent. As time passes, the peasants' ascribed identity as “apostles”, “Jews” or “Romans” becomes their primary allegiance, trapping the community within centuries-long cycles of violence and recrimination that mirror the brutal patterns of Russian and European history.

Grand in its scale, epic in the telling, and clinical in the presentation this is an interesting thought provoking book.

Rarely does one get this feeling when reading a translated book. The Rehearsals appears to be first and foremost a book about Russian history, but transpires to be more of a journey into an abstract few hundred years of Russian history. Written by Vladimir Sharov, who won the Russian Booker Prize in 2014 for Return To Egypt, this book is easily worthy of the same award. The basic synopsis itself is bizarre: it tells you that The Rehearsals is about a theatre production where the actors are untrained, illiterate Russian peasants, and nobody is allowed to play Christ. They are persecuted, arrested, displaced, and ultimately replaced by their own children. Yet the rehearsals continue, onwards and upwards.

Written in the early 1980s, and now translated into English for the first time, Vladimir Sharov’s The Rehearsals is considered a modern literary classic in Russia. It’s a difficult read, with no chapters, sentences that can fill an entire page, and various digressions. Those attempting it will need to be up to speed on Russian history and theology first, but fortunately Oliver Ready’s bouncy translation is very readable, even when the subject matter is at its most dense and incoherent. The plot (as far as there is one) stems from the Patriarch of the Russian Orthodox Church’s desire to bring about the Second Coming of Christ in the year 1666. He orders the Holy Land to be rebuilt in the Russian countryside, and arranges for hundreds of illiterate peasants to perform the gospels word for word, but the years slip by without the Messiah appearing. Instead, we follow the descendants of those actors as they rehearse, keep their faith alive, and hand down their roles through the generations right up until the worst horrors of Stalin’s regime and the gulags.
Sharov’s structuring and tone are unique in world literature, with some parallels to the anonymous narrators of Julian Barnes, the nation-narrative allegory of Salman Rushdie, and the historical mastery of Umberto Eco. Members of the Historical Novel Society will surely enjoy such gems as “It’s not ordinary people we know, remember, imitate and emulate, but characters in books… and the past we remember is theirs”. The Rehearsals is at times absurd, inspiring, and wretchedly depressing. However, its exploration of the Russian psyche is deeply fascinating, and Sharov packs more content into one novel than most writers can dream of in a lifetime.'

The unimaginable challenge for a translator is to operate on several layers of the Russian language. We are taken from the Soviet reality to the seventeenth-century Russian village where we are invited to participate in the rehearsals of a Biblical text. Oliver Ready 'transcreates' the dark fantasy in the text, which as well as reading beautifully in English, inexplicably sounds very Russian...Vladimir Sharov and Oliver Ready introduces us to a captivating and unsettling prose where the characters share an ability to see something hidden from the rest of us. They are devoted to memory and passionate about historiography in their endless effort to understand. To understand power, to capture the image of the epoch, to explain the changes in national character and identity, to understand history. After all history is theatrical and what is life but a rehearsal of an eternal play?

Indeed, what is perhaps most surprising about this truly extraordinary novel is that a full thirty years after it was written, it remains as fresh and relevant - if not more so- than when it was first published.

Bradley Gorski in The Russian Review

Vladimir Sharov plays with history, and the narrative is even compared by critics to both Tolstoy’s realism and Kafka’s absurd. Sharov looks philosophically at the Gospel and Russia’s past.

‘I’m currently halfway through The Rehearsals by Vladimir Sharov, translated by Oliver Ready and published by Dedalus Books, and it’s phenomenal, a strangely riveting story of a group of peasants putting on a Miracle Play. Ready was behind the excellent new version of Dostoevsky’s Crime and Punishment, and so it’s not surprising that this novel reads like the great metaphysical works of nineteenth-century Russian writing.’

Oliver Ready hears and renders into English many stylistic registers, reminding us that Sharov began creative life as a poet. If it is true — and I believe it is — that translation requires the most intimate dialogue possible with another’s consciousness, then Sharov’s rebirth into English in such staggeringly fine prose is the perfect tribute to commemorate the departure of his mortal body.'

Caryl Emerson in The Los Angeles Review of Books

Sharov, whose historical fantasies allow us to confront not just the facts but also the emotional realities and hidden logic of a tortured past, will not be forgotten.

Boris Dralyuk in The Literary Review