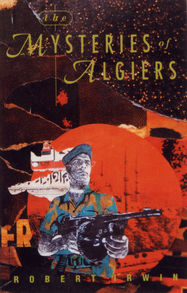 Robert Irwin's third novel confirms that, whatever his other main concerns may be, he has thoroughly mastered the art of telling a story. In a plot which snakes and twists, the reader cannot let his concentration drop for a moment... At times the death-defying narrow escapes are firmly in the tradition of James Bond... as well as being a rattling good yarn, this is a study of moral bankruptcy of those who pursue abstractions through violence..very successful.

It is a gruesome black comedy, whose blackness is so intense as to be almost unreadable – if it weren’t so well written.

What separates Irwin's story from the usual spy thrillers is not only his wit and satire but also his verbal pyrotechnics.