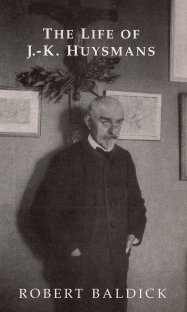 Like Froude's biography of Carlyle, Holroyd's Shaw, and Ellmann's Joyce, Robert Baldick's Life of J.-K. Huysmans has become not just a standard reference work, to be consulted as regularly as the writing of the author whose life it chronicles, but a work of literature in its own right. First published fifty years ago, Baldick's classic biography presents a compelling narrative of Huysmans' life and work in all its various phases - from the Naturalism of the 1870s to the Decadence of the 1880s, and from the occult vogue of the 1890s to the Catholic Revival of the turn of the century - and it is written with such impeccable scholarship that it is still relied on today as regards matters of fact and detail. For this new edition - the first time the biography has been reprinted in English -Baldick's notes have been extensively revised and updated by Brendan King to take account of new developments and publications in the field of Huysmansian studies.