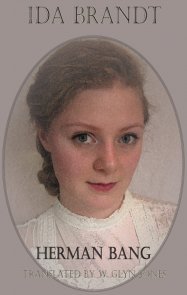 This is a masterpiece, both moving and thought-provoking. Its deliberate lightness of authorial touch, rendered superbly by translator W Glyn Jones, allows us to gaze into depths of heartache.

Paul Binding at The Independent

Concentrating on dialogue, rather than description, Bang tells the poignant story of innocent, trusting Ida Brandt who fails to find a niche in the world. Her childhood, as the daughter of a bailiff on a grand estate with its grounds as her playground and visitors her playmates, ends with his sudden death which means exile from that world for her and her demanding mother. On the latter’s demise, she goes to nurse at a mental hospital, where her fellow workers gossip about her wealth, believing she should give up her post for someone more deserving. The wastrel, Karl von Eichbaum, from the big house of her childhood, works in the office and, transported back to those golden days, she is seduced by his easy charm. Bang skilfully infuses an atmosphere of tristesse which permeates the narrative, so the reader understands always the fleeting nature of Ida’s happiness. In conversations between Karl’s mother and aunt, his acerbic ear captures the ambition and obsession with manners of the aspiring bourgeois classes and the ambivalence of the often bitchy nurses towards kind Ida. The multiple textures of the conversations bring his characters to life as no description could. Bang pioneered style, but specialised in novels about quiet existences, the disregarded and ignored people, particularly women, living boring and apparently unimportant lives. Glyn Jones, for the deftness of touch which he brings to the writing, a lightness so at odds with the almost unbearable sadness of Ida giving her all – chastity and money– to a man who only knows how to take. The book is enhanced by the haunting picture of an innocent young woman on the cover. It is the literary equivalent of a Monet painting – we feel the nuances rather than becoming immersed in the structure. Dedalus has rediscovered a forgotten classic. While many retrieved works are of only historical interest, reminding us of the literary canon, Ida Brandt, with its enduring themes of loneliness and expectation, and universal appeal, cries out to be read.

Bang’s masterpiece, Ida Brandt, which is to Danish literature what Boleslaw Prus’s more panoramic The Doll (1890) is to Poland. Originally published in 1896 Ida Brandt is the story of another young woman’s romantic folly. Gentle, kind Ida Brandt, the daughter of a land agent, becomes as much a victim of the whims of the social elite as she is of her romantic dreams. It is a longer novel, and again Bang demonstrates a flair for observation. His minor characters are as well drawn as the major players. Of a worn mother of 11 children he writes, “Mrs Lund, who always spoke in a tone as though she were trying to quieten someone down, changed the subject to the price of butter.”
Ida Brandt represents a new order of working woman; she is a nurse and is of independent means. Her bank account earns her the resentment of a colleague who feels Ida has no right to a job. Sympathetic and timid, if blind to nuance, she is a likeable heroine. When one of her friends, wishing only good for Ida, remarks that she wishes Ida could be happy, the friend’s husband replies that it is unlikely. His reasoning is that she “will never learn to seek her own happiness”. Ida’s efforts to seek approval and love are as touching as they are doomed. It is a wonderful novel.
Bang’s genius rests in his understanding of emotional need.