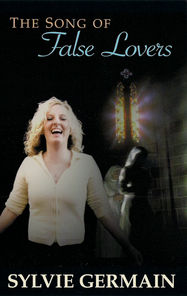 The acclaimed French novelist Sylvie Germain is one of those writers placed on a separate platform apart from other authors, retaining an aura of enigma and individuality. Her signature themes in fiction, as Victoria Best reminds us in the introduction to this novel, are the suffering and the divine; and the magical properties of language and the imagination.
Germain's portrayal of Laudes-Marie Neigedaout, an albino foundling left in a raspberry crate at the outbreak of World War Two, certainly give us an insight into suffering; the little girl's destiny appears to be a life shunted from nunnery to carer to cottage to inn, seeking somebody who will end her lonely existence, dreaming of the day when her errant mother will turn up and make everything right.
But whilst Germain's raw, honest insights into human nature make for an absorbing read, the elements of fantasy within this novel and those magical properties of language and the imagination tend to detract from the raw emotion of her prose, and whisk the reader off into another land which seems many miles away from the rest of the book.
Just as we come close to caring about the thought processes and predicament of Laudes-Marie, a paragraph comes which throws us off course: for instance, as we wait with bated breath to see what happens when Laudes-Marie is taken in, covered in blood and distressed, by a woman who lives in an isolated cottage, we first have to get through a few paragraphs in which the wild cherries detached themselves from the group of trees and their silhouettes advanced, swaying, their bearing no less ethereal than sensual, like models on the catwalk. These visions occur throughout the book and tend to break up the plot and drive of the novel.
Inevitably, some of the fluidity of the writing is also lost in translation, resulting in plenty of short fragmentary sentences left incomplete by the language switch; there are many lines similar to: 'Cries as much of fury as of pain at having to deliver this unwanted offspring'. Despite these handicaps, The Song of False Lovers still soars above most contemporary novels. It is a clever and achingly sad read and Laudes-Marie an engaging and atypical heroine whose quests for acceptance and self-improvement lead to some powerful prose. 'Nevertheless I came back every morning, forcing myself to watch the sea, to endure its angry roar and spitting foam. I wanted to quell the fear it instilled in me, to learn to listen to it, to see it differently, the untouchable, challenging sea.'
A novel written in the first person can easily sound self-obsessed or insular, but Germain, after a rather grandiose opening paragraph : 'My solitude is an open-air theatre..' manages to avoid this. Laudes-Marie will never escape her role as an outsider, a wanderer who is forever seeking to verify her own identity, but she comes to accept this: 'my solitude is played out under the open sky as at my birth, amid the indifference of my fellow men'. The Song of False Lovers is a haunting and harrowing read, leaving us with no happy ending, just a bleak reminder that we all, ultimately, end up alone.

Vanessa Curtis in Scotland on Sunday

Laudes, an abandoned albino child raised for her first five years in a nunnery, is sent after the war, to a foster mother in the Pyrenees. From there she progresses episodically through both France and the 20th century, encountering death and experiencing visions with alarming regularity. Germain's book is more a sequence of highly subjective essays or pensees than a cogent whole, incisive in places and desultory in others.

Germain accelerates brilliantly to the point where an old woman’s face becomes a screen, flickering with iconic images of war and displacement. In a media age that bombards the eye and dulls the soul, her narrator steers away from the TV, relying on radio and her own power of vision. Breathtaking.

Sarah Adams in The Guardian

This beautiful, thoughtful and strange albino girl is met with suspicion almost everywhere she goes. Indeed Germain, perhaps, is the only person to treat her subject with the loving care she deserves throughout. A sad tale then, but one which is filled with the milk of humanity and has the power to move and inspire that one would reasonably expect from one of the 'greatest writers of her time'.
Highly recommended.

Fiona Hook in The Big Issue

Abandoned as an infant in a red-stained raspberry crate, the albino baby named Laudes-Marie spends early childhood in a convent as World War II breaks out. But the five-year-old is thrown out at war's end for "stealing" the Baby Jesus she wanted to play with. A kind nun places her among other war orphans and refugees whom old Leontine, her sister, is raising. As several years pass, parents reclaim the children, leaving only strange-looking Laudes-Marie. When Leontine suddenly dies, Laudes-Marie is placed into service with an innkeeping couple. When the woman of the couple slaughters her husband, Laudes-Marie is removed to work as a char in a hotel. Raped and impregnated during a brief holiday, she spontaneously aborts. So go her antipicaresque adventures, which she relays in a straightforward, first-person narrative suffused with authenticity and pathetic, heartbreaking comedy. Christine Donougher translates Germain's French smoothly and compellingly, assuring that this horrific story's resolution in solitude resonates powerfully.