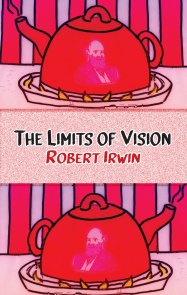 'This existential struggle with slime-she asks at one point, ""Why am I not a Brillo pad?""-transcends time and place.

'The Limits of Vision is an immensely intelligent and delightful novel that constantly jumps and turns through level after level of humour and invention. It is a dance of a book...dense with wit and surprise...a great pleasure.'

'The most ectopic flight of imagination this month and my own Book of the Month choice. With an ending fitted with escape hatches, Irwin makes an hysterical masterpiece. Your next bout of sping cleaning might be a great nightmare.

'What looked like being the straightforward story of a woman obsessed with keeping a clean house morphs into a strange but most original and often very witty parody of life and thought in everyday English suburbia with an ending that you will not have vaguely guessed. As always Robert Irwin produces something different from the norm.'