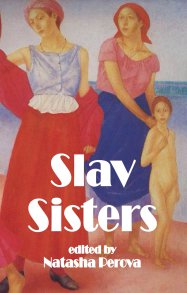 A century of women’s writing in Russia
“I gave a voice to our womanhood…” – Anna Akhmatova
Under the impact of turbulent Russian history the evolution of
women’s writing in Russia differed much from that in Western
countries. Although the earliest records of writing by women
date back to the eleventh century, none of those early literary
efforts have stood the test of time and today they are of interest
only to scholars. Women’s presence in 19th-century Russian
literature was more conspicuous, but it was largely in the form
of memorable literary heroines: either idealised or demonised,
either angels or femmes fatales.
Only at the turn of the 20th century did women really make a
significant appearance on the literary scene. The fruitful period
of Russian modernism in the first decade of the 20th century
produced Anna Akhmatova, Marina Tsvetaeva, Nadezhda
Teffi, Zinaida Gippius, and some lesser known names, mostly
poets. However, this brief flowering of the Russian “Silver
Age” fell prey to the ravages of the revolutionary years and the
consequent tightening of state censorship. How was it possible
that women’s writing, having made such a promising start,
soon ran into the sand and women had to keep a low profile
until the end of Soviet rule in the 1990s? Why was women’s
writing regarded as subversive by the Soviets? It seems that in
conditions of totalitarian ideology anything unorthodox, even
not openly dissident, was an irritation to the authorities. When
women addressed topics from real life, such as their day-today
lives, family and child-rearing, abuse, alcoholism, suicide,
depression, mental illness, and abortion, they were accused of
being petty and sensationalist. Women were discouraged from
writing about their personal problems and their low social
status as these were an embarrassment to the state, while their
inner world was of little interest to the male-dominated society.
With the ideological shackles gone after the collapse of
the Soviet Union women’s writing in Russia soon thrived.
Initially its tone was plaintive and confessional as women
tried to get their Soviet-era ordeals and grievances off their
chests. A decade later their tone had a more vigorous and
confident ring, reflecting increased self-awareness and the rise
of feminist attitudes. Subsequently, stories by women were
still focused on women’s rights, often being straightforwardly
autobiographical or essayistic. Another decade later you could
no longer tell male and female writing apart while women’s
rights were taken for granted. Currently, in the 21st century,
young women authors increasingly tend to write under men’s
names to emphasise the fact that gender is irrelevant in real art.
Women’s writing today immerses you in a world of basic
human values such as love, children and family, but also looks
at such problems as aging, the generation gap, and violence
against women. These stories reflect the current stage in
the evolution of Russian women’s fiction from its marginal
position under the Soviets, through several stages of vigorous
progress in the 1990s, to its current confident craftsmanship,
wide thematic range, and high stylistic standards. Today
Russian women have increasingly become a force in the world
of letters. Under the Soviets the proclaimed gender equality
was purely fictional: literary journals and anthologies would
grudgingly include just one or two token women. Where in
the past women were celebrated chiefly as literary widows or devoted wives, occasionally as poets or critics, and only
very rarely as novelists, today they are beginning to dominate
publishing lists in fiction and non-fiction alike.
During the early years of perestroika, a whole constellation
of excellent women authors came on the scene, mostly
authors banned from publication under the Soviets. Thus
the interrupted tradition of women’s writing in Russia was
resurrected and allowed to develop normally. In conditions of
a market economy women, as more practical creatures, have
become particularly active in mass-market publishing whereas
in Soviet times women’s names, and gender problems as such,
were practically absent in Russian literature. Today at least half
of the authors in publishers’ catalogues are women while in the
past they would account for 5 – 10%. The current profusion
of successful female authors, both in commercial and literary
fiction, is a new feature of Russian book publishing.
In the present anthology the first half of the 20th century
is represented by authors of unquestionable genius: Anna
Akhmatova and Marina Tsvetayeva, who are internationally
known as poets and whose prose is no less important and
engaging; also by Nadezhda Teffi and Lydia Ginzburg, both
fairly recently discovered by readers abroad. If not for the
limits on the size of this book and the number of names I
would also have included Zinaida Gippius, Nina Berberova,
and Lydia Zinovyeva-Annibal. The highlights of the midcentury
include Evgenia Ginzburg, Olga Berggoltz and Bela
Akhmadulina, who might have also been in this collection.
The later decades are represented here by such recognised
names as Ludmila Petrushevskaya, Svetlana Alexievich,
Ludmila Ulitskaya, Galina Scherbakova, Margarita Khemlin,
Irina Muravyova, and Olga Slavnikova. But mention should
also be made of Svetlana Vasilenko, Nina Gabrielyan, Marina Palei, Nina Sadur, Maria Galina, Dina Rubina, Victoria
Tokareva, and Tatiana Tolstaya – they are not included in this
collection only for reasons of space or copyright.
The turn of the 21st century gave us some young talents
such as Alisa Ganieva, Liza Alexandrova-Zorina, Maria
Rybakova, Anna Starobinets, Marina Stepnova, to name just
a few, who also deserve attention and translations into other
languages.
Women’s writing exists because there is a women’s world
which differs from the world of men whether people are
aware of it or not. Women authors don’t repudiate their gender
or apologise for its weaknesses – that would be as futile as
repudiating one’s historical roots. But they view the world
from a slightly different perspective and that should be of
interest to men and women alike.
Female readers in the West will be surprised to find many
more common issues than they expect – the setting is different
but the issues and problems are essentially the same.