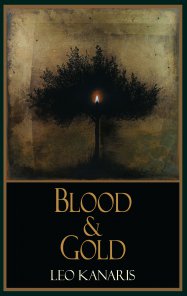 Athens, September 2015. George Zafiris, private investigator, was seated at a café in Maroussi, reading a police report. A cup of Greek coffee stood untouched on the table in front of him. The day was cool for the time of year and a breeze ruffled the paper in his hands.
‘On Friday 29 August a bearded man, 50 years of age, wearing a grey suit, was riding a bicycle along Spyros Louis Avenue, between the Olympic Stadium and the Golden Hall. A truck loaded with firewood was travelling behind. For unknown reasons the man on the bicycle lost his balance and was hit by the truck. An emergency call was received by police at 11.03 am. Service vehicles arrived at 11.15 am. The driver of blue Magirus Deutz HK 4596, Gavrilis Pagakis, aged 37 from Larissa, was arrested and charged with manslaughter. The victim died from his injuries. He has been identified as Mr Mario Filiotis, Mayor of Astypalea.’
George read the report a second time, folded it, laid it on the table.
Opposite him sat Colonel Sotiriou, Head of the Violent Crimes Unit, watching him closely.
‘Well?’ said Sotiriou.
‘It’s written by a moron,’ he said.
‘I agree it’s not a model of report writing,’ said Sotiriou. ‘But you can’t be sure the person who wrote it is a moron.’
‘OK,’ said George. ‘Maybe he’s just badly trained. Maybe he’s on drugs. Maybe his head is being scrambled by death-rays from outer space. That’s not the point.’
‘What is the point?’
‘Why did Mario Filiotis fall off his bicycle? He wasn’t a man to do that.’
‘Good question.’
‘You must know who wrote this.’
Sotiriou gazed back at him blankly.
‘I take that to mean yes?’
Sotiriou did not answer directly. ‘He’s no fool,’ he said.
‘What makes you say that?’
‘He passed the report to me personally.’
‘And what were you supposed to do with it? Apart from the obvious.’
Sotiriou did not reply.
‘This was a road accident,’ said George, ‘not a violent crime.’
‘Exactly.’
Sotiriou eyed him attentively.
‘OK,’ said George. ‘So he knows more.’
‘That is what I assume.’
‘Have you asked him?’
‘No.’
‘Why not?’
The Colonel ignored the question. ‘Give me the report,’ he said.
George pushed the sheet of paper across the table. The Colonel held a cigarette lighter to one corner. The report flared and shrivelled in the ashtray.
‘What’s the officer’s name?’ asked George.
‘Karás,’ said the Colonel. ‘Lieutenant Nikolaos Karás.’
‘Can I talk to him?’
‘Only in private.’
‘How am I going to do that?’
‘He plays rugby.’
‘Rugby?’
‘That’s right.’
George was puzzled.
‘It’s a kind of football,’ said Sotiriou. ‘Played with an olive-shaped ball.’
‘I know that, for heaven’s sake!’
‘His team is the Attica Warriors. They train on Tuesday evenings. Olympic complex, B ground. Go there tomorrow, half past eight. Watch the last ten minutes of training. He’ll find you.’
‘Suppose I’m busy tomorrow?’
‘If you want the job, be there.’
‘And who’s my client?’ asked George.
‘For the moment I am.’
‘You?’
‘In strict confidence.’
‘Are you paying?’
‘Funds will be provided.’
‘Public or private?’
‘Let me worry about that.’
Sotiriou stood up. They shook hands without warmth and the Colonel slipped away.

George stayed to finish his coffee. He replayed the conversation in his mind, seeing the Colonel’s face, his grey-green eyes, the skull-bones thinly covered by tight yellow skin. He was an odd man. Cold, scholarly, hard to fathom. He had insisted on meeting in Maroussi, miles from his office. George had asked yesterday for the police report on Mario’s death, expecting to be refused. Sotriou had offered it at once.
He paid the bill and walked down Thiseos Street, past a beggar child mangling out La Cucuracha on an accordion, past empty shops with peeling yellow ‘To Let’ notices, past another beggar – an old man in a worn-out suit kneeling on a folded newspaper – until he came to a bakery on the square. Hot bread smells wafted through the doorway.
He asked for horiátiko psomí and handed over two euros. Fifty cents came back with a rustic loaf, still warm in a paper bag. He held it to him like a baby. Outside on the pavement, he dropped the fifty-cent coin into the old man’s palm and was thanked politely in return. This was no professional beggar. The voice was educated. He looked like a retired schoolmaster or bank clerk. What torments had this man been through? George did not feel like asking. There were too many cases like that in this endless, tedious crisis.
His friend Mario was dead. He had no space in his heart for anyone else right now.
George walked back up Thiseos Street to his motorbike, unlocked the luggage box and rested the loaf among a jumble of receipts and business cards. He owed the bike to Mario, who had told him to stop driving a car in the city.
‘And how the hell am I supposed to get around?’ George had asked.
‘Ride a bike.’
‘A bike in Athens? Think I want to kill myself?’
Mario replied: ‘Just living here a bit of you dies every
day.’

He swung the Ducati off its stand, kicked the starter, felt the rush of force as he revved the engine. He accelerated quickly into the stream of cars.
On Kifissias Avenue, riding south, he kept thinking of his friend. Above the traffic, the glass towers, the dark haze of exhaust fumes, he glanced up at the blue sky, in which a few monumental nimbus clouds hung suspended. Out there in space he could imagine Mario’s soul floating – planing like an eagle, surveying the struggle he had been released from. Athens would seem like a toy village to him, its crazy intrigues as inconsequential as the scurryings of an ant-hill.
He hoped that something survived of that remarkable man. An essence, an indestructible core of energy. It seemed unlikely. Yet also necessary. Otherwise what was the point of anything?
The Olympic Stadium loomed up on his right, its white steel arches like the bones of a bird’s wing flung across the sky. On an impulse, he swung off Kifissias onto Spyros Louis. Maybe worth a look, he thought. The scene of the accident.
This road was busy too, a fast-moving horde of cars, trucks and buses. The stadium lay to his right, behind fences, its vast aerial structure a souvenir of the age of extravagance. Where had that all gone? The ambition, the optimism, the belief? All that remained was an enormous bill, the interest payments multiplying, compounding unstoppably, choking the life out of Greece.
He found a place to pull over, where the road widened for a bus stop. He cut the engine and lifted off his helmet, narrowing his eyes at the glare. Around him, a landscape of concrete. Everything on the road moving at seventy to eighty kilometres an hour. A strange place to go cycling. Practically an invitation to some fool talking into his phone to knock you down. But then the whole city was hostile to cyclists. Hostile to pedestrians, dogs, birds, every living thing. George climbed off the bike and picked his way along a narrow strip of pavement. Crushed Coca Cola cans and empty Marlboro packets littered the ground, their colours washed pale by the sun. Weeds thrust pugnacious heads through broken paving stones. The traffic rushed by.
He glanced up, wondering about street cameras. There had to be one along here. All the football matches in the stadium, the wild supporters, the paint-sprayers and seat-burners. That was surely worth a little surveillance? But the lampposts were bare.
Except one, right there opposite the entrance to the stadium. A trio of loose wires dangling off the post like seaweed, just out of reach of his upstretched arm.
He grabbed a quick photo of it on his phone, then straddled his bike and turned for home.