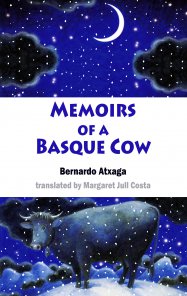 Memoirs of a Basque Cow paints a funny, touching portrait of friendship and freedom and the sometimes-difficult process of finding oneself.
Translated by the UK finest translator of Spanish, Margaret Jull Costa.