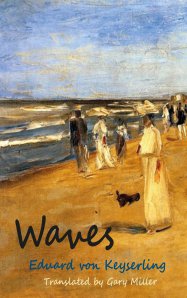 First published on the eve of the First World War, Keyserling's masterpiece offers a vivid portrait of a society on the verge of dissolution.

A group of German aristocrats gathers at a seaside village on the Baltic Sea for a summer holiday in the early years of the twentieth century. The characters represent a cross-section of the upper classes of imperial Germany: a philandering baron, his jealous wife, a gallant cavalry officer, the elderly widow of a general, a cynical government official, a lady’s companion. Their lives, even on holiday, are regulated by rigid protocol and archaic codes of honour.
But their quiet, disciplined world is thrown into disarray by the unexpected presence of Doralice, a young countess who has rebelled against social constraints by escaping from an arranged marriage and running away with a bourgeois artist.

Gary Miller's new translation will find a new generation of readers for this neglected German classic.