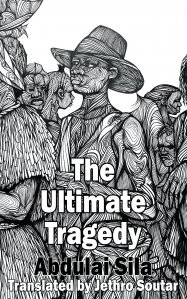 The first novel to be translated into English from Guinea Bissau, The Ultimate Tragedy is a tale of love and emerging political awareness in an Africa beginning to challenge Portuguese colonial rule.
Ndani leaves her village to seek a better life in the capital, finding work as a maid for a Portuguese family. The mistress of the house, Dona Deolinda, embarks on a mission to save Ndani's soul through religious teaching, but the master of the house has less righteous intentions. Ndani is expelled from the house and drifts towards home, where she becomes the wife of a village chief. He has built a mansion and a school to flaunt his power to the local Portuguese administrator, but he abandons Ndani when he finds she's not a virgin. She eventually finds love with the school's teacher, but in tumultuous times, making a future with an educated black man involves a series of hurdles.
By turns humorous, heartrending and wise, The Ultimate Tragedy is a captivating novel that brings this little-known country to colourful, vivid life.