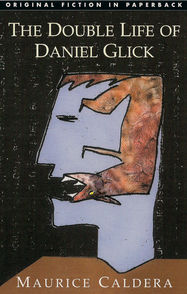 Daniel Glick's entire family disappeared the night of the earthquake, as did so many others. At least that's what he tells people. He was at the circus when it struck and he just managed to escape as the circus tent fell onto all the spectators below. All the clocks in the city stopped at twenty minutes past eight and they will only start up again when the next one is due. That is what they say, and Daniel has thought about nothing else for the last two years. His wife Marina got sick and tired of listening to the same old stories and one day she too was gone. They'd only been married a year. The neighbours asked themselves what could have become of his wife, one day she's there, the next she's gone. They called the police who took up all the floorboards and found nothing, not a thing. Daniel told them over and over that he would never hurt a fly, and that is the truth. Yet someone follows him wherever he goes, watching his every move to see what he does next, but Daniel Glick is just keeping an eye on the clocks of the city waiting for them to start ticking again, because this time he is prepared.