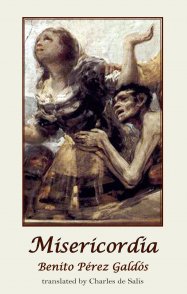 'The novel tells the story of sixty-year-old Benina, faithful servant to the widow Dona Paca. Reckless spending has left the mistress penniless, and Benina is forced to beg secretly in order to support her, claiming that the money she brings back comes from one Don Romualdo, a priest whose biography Benina skilfully invents. Amongst a colourful cohort of fellow beggars is the blind Moor Almudena, who encourages Benina’s belief in the p[possibility of supernatural solution to her financial difficulty. Then, to Benina’s amazement, Don Paca informs her that Don Romualdo himself has visited, and has an important message for them. Could it be that Benina has lied so consistently that she has actually brought Don Romualdo into existence? Or is it rather the case, as Benina herself suggests, that “all our dreams have a basis in fact, and truth lies hidden within falsehood”?’
Andrew Crumey