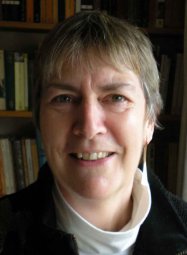 Margaret Jull Costa has translated the works of many Spanish and Portuguese writers. She won the Portuguese Translation Prize for The Book of Disquiet by Fernando Pessoa in 1992 and for The Word Tree by Teolinda Gersão in 2012, and was shortlisted for the following books: The Relic (1996) by Eça de Queiroz, The Migrant Painter of Birds (2002) by Lídia Jorge, The City and the Mountains (2009) by Eça de Queiroz, and The Land at the End of the World (2012) by António Lobo Antunes. With Javier Marías, she won the 1997 International IMPAC Dublin Literary Award for A Heart So White, and, in 2000 and 2011, she won the Weidenfeld Translation Prize for, respectively, All the Names and The Elephant’s Journey, both by José Saramago.In 2008, she won the Pen Book-of-the Month-Club Translation Prize and the Oxford Weidenfeld Translation Prize for The Maias by Eça de Queiroz. In 2015, she won the Marsh Children’s Fiction in Translation Award for The Adventures of Shola by Bernardo Atxaga, and in 2017, with her co-translator Robin Patterson, she won the Best Translated Book Award for Chronicle of the Murdered House by Lúcio Cardoso. In 2013, she was appointed a Fellow of the Royal Society of Literature and, in 2014, was awarded an OBE for services to literature. In 2018, she was awarded the Ordem Infante D. Henrique by the Portuguese government.
She has translated the following books for Dedalus: The Adventures of the Ingenious Alfanhuí and The River by Rafael Sánchez Ferlosio, Lúcio's Confession and The Great Shadow by Mário de Sá-Carneiro, The Dedalus Book of Spanish Fantasy (with Annella McDermott), The Dedalus Book of Portuguese Fantasy (eds. Eugénio Lisboa and Helder Macedo), Spring and Summer Sonatas and Autumn and Winter Sonatas by Ramón del Valle-Inclán; by Eça de Queiroz: The Mandarin, The Relic, The Tragedy of the Street of Flowers, The Crime of Father Amaro, Cousin Bazilio, The Maias, The City and the Mountains, Alves & Co., The Mystery of the Sintra Road and The Illustrious House of Ramires. She is also editor and co-translator of the anthology Take Six: Portuguese Women Writers.