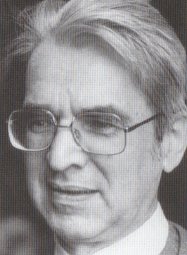 Herbert Rosendorfer was born in Germany in 1934 and died in 2012. His first novel Der Ruinenbaumeister (1969) was a critical and commercial success, and is regarded by many critics as one of the masterpieces of German twentieth-century fiction. It was published in English by Dedalus in 1992 as The Architect of Ruins. This was followed by Stephanie in 1995, which was shortlisted for the Shlegel-Tieck Translation Prize. Letters Back to Ancient China is the most commercially successful of his novels. Mike Mitchell's translation was awarded the Schlegel-Tieck Translation Prize in 1997. Dedalus published Grand Solo with Anton by Herbert Rosendorfer in 2006.