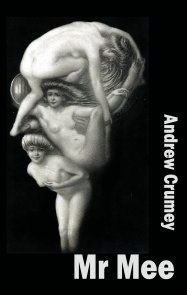 Clever, puckish, and artfully complicated . . . [Crumey's book] raises seductive questions about the nature of experience . . . Fans of Tom Stoppard and Michael Frayn will relish this novel's puzzles and paradoxes, its unfolding and ingenious designs . . . Jaunty and sometimes enjoyably silly . . . Crumey is a confident narrator, and his book has a heart as well as a brain. It is not only an intellectual treat but a moving meditation on aspiration and desire.

The book is fabulous stuff: erudite but not patronising, elegantly and simply written, jumping ambitiously across the centuries with a good dash of down-to-earth entertainment. More than once, Crumey makes his reader pause, rest the book in his lap, and acknowledge that life is really quite extraordinary. He deserves to better known.

The playful preoccupation with alternative realities that dominated Scots author Crumey’s previous fiction (including Pfitz, 1997, and D’Alembert’s Principle, 1998) also informs this richly amusing novel about the search for an 18th-century encyclopedia that supposedly disproves the existence of the universe. Crumey’s wonderfully obsessive characters include the crotchety title figure (an elderly book collector), the lissome “life-scientist” who acquaints him with the world outside books, a perceptive college teacher of French literature, and a pair of bachelor copyists (and autodidacts—who are dead ringers for Flaubert’s ineffably pompous Bouvard and Pécuchet). Rattling back and forth between two centuries, this agreeably serpentine tale speaks volumes about the folly of scholarly preoccupation and the unreliability of received wisdom, while never neglecting to entertain the bedazzled reader. Borges and Calvino would have approved.

Sam Leith in The Guardian

Musing on Rousseau, the French encyclopedists and the vagaries of chance and identity, Crumey has written another novel of ideas in the grand tradition of Calvino, Borges and Kundera.

An intellectual romp . . . Crumey has spun a delightful brain-tickler of a novel that undermines its own pretensions, a subversion that is in fact at the heart of the book's very real debate over the power of literature to redeem or corrupt or do anything at all.

Maureen Shelly in Time Out

Crumey tells [his] tale with elegance and humor, and in rich detail. His immense talent reveals itself most potently in his ability to find remarkable connections in otherwise disparate intellectual concepts conceived over the course of several centuries, and then to turn those connections into a coherent and lively story . . . The many surprises and twists [in this book] provide a rare and spectacular reading experience . . . Mr. Mee is a challenging book, but it's one to savour.

Like a trompe l'oeil painting, or a puzzle that invites us to draw at least two contradictory, yet equally plausible conclusions, Mr. Mee disturbs as it diverts, charms as it challenges.

In short-it's fabulous. This is a novel which deserves to break its author through, if ever I read one... Mr Mee had me helpless with laughter.