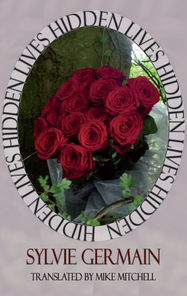 Germain's novel opens with the arresting image of Sabine, a middle-class mother concealing a rug impulsively stolen from the Christmas sales: "Her silhouette large and bell-like, her legs like two clappers which despite their brisk to-and-fro produce no sound". Stranger still, she meets the gaze of an off-duty department store Santa relieving himself behind a tree. Hidden Lives is a slender, multi-layered creation about a fractious, well-to-do family in which it is finally revealed how Father Christmas makes his way into a household (it's not down the chimney). Sabine's husband has been killed in a car accident, which leaves space for Pierre, the pseudo-Saint Nick, to charm everyone while appropriating the young, crippled Marie's imaginary friends, before he disappears. One shares Marie's frustration with Santa's meta-fictional games: "Weary of this history burdened with enigmas, disappearances, incoherencies, where the real met the illusory, the insane and the possible were constantly intertwined, Marie suddenly decided to cease her investigations." Wise lass.

Alfred Hickling in The Guardian