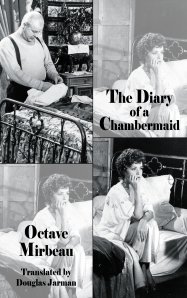 The Diary of a Chambermaid

Often compared to Cleland's Fanny Hill and Sade's Justine and Juliette and dismissed by more prurient critics as pornography, The Diary of a Chambermaid was written as a satire of Parisian society in the wake of the Dreyfus Affair. Mirbeau brings a journalist's analytical eye to Celestine's adventures as she loses her innocence and becomes as corrupt and depraved as the men who exploited her.

Since its publication in 1900 it has never ceased to shock and fascinate its readers and has been made into a film by Jean Renoir in 1946 and Luis Bunuel in 1964. It takes the essential message of Torture Garden a stage further by its greater realism.