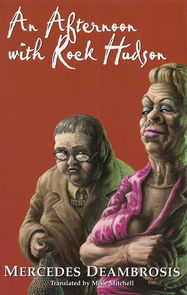 When you meet an old friend it's impossible not to gloat or glare in awe at how well or bad they look. On a wet, windy afternoon shopping trip, frumpy biology teacher Carmen bumps into an old school friend, Dorita, who immediately thinks 'she’s even uglier than she was at school.' Both women, now in their late fifties, decide to go for a brief refreshment to catch up on old times. You would be wrong to think this is an entirely innocent scene. A simple hot chocolate quickly turns into a series of cocktails en route to a seedy bar. The once-glamorous Dorita is now very much past her prime but she has failed to notice, still believing in her own youthful abundance.

At school Carmen was always the studious one and Dorita part of the popular clique. Now years have passed, both are caught in the throes of late midlife and after meeting by chance, they’re morally obliged to one cup of coffee as they reminisce about their salad days. However, coffees become Martinis and their meeting slips into a dark uncomfortable recess. Fury comes in waves, piercing brief moments of calm understanding and shared empathy. Deambrosis' wonderfully withheld writing provides a concentrated myopic rendezvous that makes for a truly engrossing episode with either party willing to concede that their life has become more painful or sad than the other.