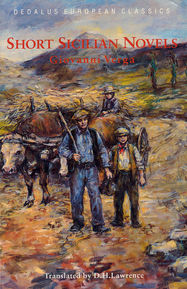 Lawrence's translations of Verga's Sicilian short stories are classics in their genre, perfectly capturing their cunning fusion of artlessness, austere detachment and skilfully engineered spontaneity as well as retaining something of that lofty style for which Verga's Italian contemporaries so admired him. For seekers after the truth at the heart of Sicily's enigma, this is required reading.

The best of these stories (Liberty, The Gentry) have the directness, even a brutality, to match Cormac McCarthy, and Lawrence's translation is exemplary.

Shaun Whiteside in The Times

In these stories the whole of Sicily of the eighteen-sixties lives before us - poor gentry, priests, rich landowners, farmers, peasants, animals, seasons and scenery; and whether his subjects be the brutal bloodshed of an abortive revolution or the simple human comedy that can even attend deep mourning, Verga never loses his complete artistic mastery of his material. He throws the whole of his pity into the intensity of his art, and with the simplicity only attainable by genius lays bare beneath all the sweat and tears and clamour of day-to-day humanity those mysterious 'mortal things which touch the mind.'

Short Sicilian Novels have that sense of the wholeness of life, the spare exuberance, the endless inflections and overtones and the magnificent and thrilling vitality of major literature.