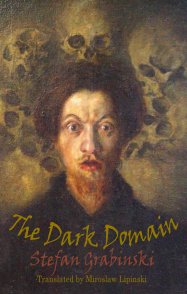 Chris Fowler in Time Out

Grabinski's commitment to a marriage of the newly announced unconscious with the supernatural gives his extravagances some conviction. These short stories offer the pleasure of myths we can crack and skilfully chilling denouements.

David Buckley in The Observer

...reading The Dark Domain by Stephan Grabinski is such a revelatory experience. Because here is a writer for whom supernatural horror is manifest precisely in modernity - in electricity, fire-stations, trains:the uncanny as the bad conscience of today. Sometimes Grabinski is known as the Polish Poe but this is misleading. Where Poe's horror is agonised, a kind of extended shriek, Grabinski's is cerebral, investigative. His protagonists are tortured and aghast, but not because they suffer at the caprice of Lovecraftian blind idiot gods: Grabinski's universe is strange and its principles are perhaps not what we expect, but they are principles - rules- and it is in their exploration that the mystery lies. This is horror as rigour.

China Mieville in The Guardian

Once billed the 'Polish Poe' Grabinski currently receives more recognition for his short stories and novel than he did in his lifetime. Dedalus reprint stories from 1918 to 1922 that brilliantly convey his love of supernatural horror. It is not the horror of haunted houses or castles, but that found in everyday modernity around him. In this dark selection, lonely souls travel on trains, coming face to face with sinister conductors and wanton women.

The denouements here are dark, delicious, profound and symbolic. If Poe read them, I'm sure he relished them.