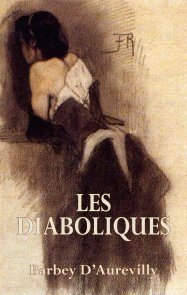 'All the tales involve variants on the established framed oral tale, in which a speaker recounts some personal experienced but exceptional occurrences; traditional expectations are, however, not fulfilled. Barbey's narrators reverse conventional proportions between introduction and events, indulging in a proliferation of apparent digressions and allusions before the action is engaged. Motivation of characters often remain enigmatic: why should an apparently modest young woman, fresh from convent school, cross her parents' bedroom to initiate a passionate affair with their officer lodger, only to die abruptly in his arms? Hidden secrets abound: climaxes are only half-seen. The reader may share the frustration of one of Barbey's listeners who exclaimed "What is the man driving at?".
Climaxes may be, as Robert Irwin notes in a brief but informative introduction, "outrageously impossible", but are prepared by hints and clues in the scene-setting: doors, confined spaces, candles, the shape of a sword-scar across the face of a listener, all combine in the moment when the narrator, Captain Mesnilgrand, hiding in a cup-board, burst out to run through Major Ydow who, in a jealous rage, is using the pommel of his sabre to seal the vulva of his mistress La Pudica with the wax of of her letter to a lover. Throughout the volume female characters, typified by their pride and energy, and untroubled by guilt, disrupt worlds of conformity - stagnant Norman backwaters, aristocratic Parisian salons - with transgressive passion and violence, bot literal and figurative: a Spanish aristocrat tears out the heart of his wife's platonic lover to throw it to his dogs; his wife's revenge is to live a sordid life of a common prostitute in a seedy quarter of Paris, debasing his name and forcing him in her imagination, via his portrait, to watch her as she makes love.'