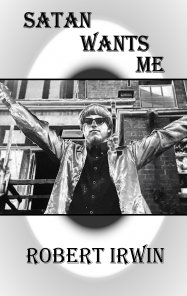 Irwin is a writer of immense subtlety and craftmanship, and offers us a vivid and utterly convincing portrait of life on the loopier fringes of the Sixties. Satan Wants Me is black, compulsive and very, very funny.

Christopher Hart in The Daily Telegraph

Irwin's writing is witty and scabrous but it is also subtle in a way that keeps catching the reader out. The blend of the fantastical with the philosophical has been the defining characteristic of Irwin's fiction and in Peter's drug-drenched, satan-haunted diary, it has found its perfect expression.

Part of the book's fertile comedy stems from the ironic interweaving of the jargons of sociology, hippiedom and magick. It is hard to resist a pot-head mystic who hopes the Apocalypse will come on Wednesday because it will break up the week.

He is a first-rate, startling novelist; Satan Wants Me and Exquisite Corpse, are both about the irruption of exotic intellectual movements - Satanism and surrealism - into the calm procession of English life. Both could be wonderfully funny books, but are always fascinatingly tempted by the possibility of becoming something bigger, blacker, more quietly distressing.

Robert Irwin's Satan Wants Me was a mad confection of black magic and 60s sexual liberation, a paranoid fantasy that drew heavily on the legacy of Aleister Crowley, but achieved a wonderful lightness of touch.

Alex Clark in The Guardian's Books of the Year

Truly wonderful, one of my books of the year.

Don't be put off by this rather odd title because the book is hilarious. It deals with Satanism, hippies and magic, with a narrative voice so damn on the comical spot its insane. It's so self humiliating that you can't help but fall head over heels for it. The whole thing perfectly portrays what I imagine it's like to be a newcomer on the Satanist scene. Add to this an abundance of 60s pop culture references and you have a book that utterly seduces.

Irwin is not only a survivor of the tumultuous Sixties, he can even remember the decade. He shouldn't be able to, of course: he should be a shambling wreck, his mind and body reduced to tatters. But there is no justice in this world. Here is one of the best minds of his generation and, far from having dashed itself to pieces between the ghastly Scylla and Charybdis of drugs and booze, it is still functioning as brightly as ever.

When I was given a copy of Robert Irwin's first novel The Arabian Nightmare, last year, he became my own secret possession, my special treasure, my 'cult author' ....Satan Wants me is an introduction to the mischevious delights of the Irwin'cult' it is as good a starting point as any.

Martin Bright in The Observer

... the Lodge requires him to find a new partner, and they make him fill in the dating agency form that leads to Maud, one of the more memorable characters in recent fiction. Peter's initial contempt for Maud as a straight and boring hairdresser soon gives way to a kinky menage a trois, in which Sally eagerly dons a dog collar and frilly apron and has herself tattoed with the words 'I am Sally, the slave of Maud and Peter'. So extraordinary is Maud, in fact, that she has more than a little to do with the title of the book...... No doubt this contributes to the feel of Satan Wants Me as something to relish and curl up with, capable of inducing sensations rarely felt by people who have to read novels as work. With darkness outside and a drink to hand, I lay back on the sofa in the happy knowledge that I still had half of the book to go. Ah yes, I thought. This is the life.

Irwin's tongue is firmly in his cheek and drug-fuelled proto-slacker has an amusingly laid- back take on the strange inhabitants of The Black Book Lodge. His fellows are a mixed bag of failed academics, dilettantes, and lascivious lushes, but all are driven by some black, insistent greed. This provides a sinister undercurrent to the comic elements and as the story develops the sulphurous bubbles of their plot engulf Peter in his escape to escape their clutches.

Ken Neil in The Herald's Book of the Day

The text is a Sachertorte of literary and esoteric information, positively gooey with period slang and mores, and shot through with a darkness and humour which is original and sure.

Susie Maguire in Scotland on Sunday

The best book of 1999 is Robert Irwin's Satan wants Me. The writing, as in all his books, is fluent, finely wrought and very funny. It is a heady mix of Sixties culture, grammar lessons and the occult. Apparently it made the Booker Prize long list, but had too many virgin sacrifices for the shortlist. Shame on them - it should have won.

Rowan Pelling, Books of the Year in the Daily Telegraph

Satan Wants Me is a prankish celebration of a time when the social, sexual, political and alchemical revolution seemed only a chord-change away, a gloriously funny extended postcard from a world turned upside down.

John Tague in The Independent on Sunday

This is yet another playful diversion in Robert Irwin's work. Better than Stewart Home's occult tale, Come Before Christ and Murder Love, and more daring than Alison Lurie's Imaginary Friends, Satan Wants Me has plenty to keep the pages turning.

Alex Clark in The Guardian

Underneath Irwin's sense of humour Satan Wants Me is an interesting example from an honourable esoteric tradition. While there is enough to whet the appetite of a sensation seeker the book also carries more serious philosophical messages.

Fiona Pitt-Kethley in The Literary Review

Satan Wants Me was the sort of novel that got labelled a 'romp', but it possessed an underlying melancholy that points to a moral seriousness beneath the comedy.

Novel of the Week in The Week

Throughout the book there is a persistent dualism between the ordinary and the downright bizarre, making it a fantastic trip which never loses its attraction or veneer.

By turns hysterically funny and uniquely disturbing, Satan Wants Me is a vividly compelling trawl through the dark, hallucinogenic underbelly of swinging '60s London... There is more sex, magic, drugs and rock and roll between these pages than in most people's lifetime.

Peter's diary is hilarious if not a little disturbing. One minute he's chatting about the recent split of The Rolling Stones, and the next quoting the 16th-century alchemist Paracelsus.

I have spent the last few months telling everyone I meet how fantastic this book is. Satan Wants Me is beautifully written and laced with a wonderful black wit. Sixties London is brought to life in a flurry of colour and mini skirts and, if you weren't there, Irwin makes you wish you had been.

The Sixties, youth and Dennis Wheatley novels are easy targets for satire, but when the writing is as good as this, who cares? Irwin's narrative repeatedly wrong-foots the reader, subverts every cliche and slyly raises intelligent philosophical conundrums disguised as hilarious LSD-induced rants.

Laurence Phelan in The Independent

Pulsing with lurid detail and swarming with perverse characters- Aleister Crowley, Rimbaud and Janis Joplin all flit past -Irwin's erudite, sabre-sharp novel closes the gap between psychedelia and psychosis. A bad trip but a great journey.

Victoria Segal in The Times

In textured, eccentric prose, Irwin takes us back to the summer of 1967, where his antihero keeps a diary that becomes the bizarre story of the quest for a virgin to seduce and sacrifice.

There is a good deal of sex and a good deal of wit in Irwin's writing. And it is always pleasant to discover a writer who can make drugs seem interesting to a drugs non-user.

Adrian Mole amongst the Satanists? There’s certainly a touch of Sue Townsend’s provincial solipsist in this dark, comic novel of a young man’s apparent seduction by an occult group in Swiss Cottage. It’s London in 1967 and Peter is a sociology student by day and a wholehearted hippy hedonist by night. A huge pharmacopoeia of drugs washes through him to a soundtrack of Pink Floyd, Bob Dylan, Jefferson Airplane and the Rolling Stones. In very funny but increasingly disturbing entries, his diary records his estrangement from his friends and his rising obsession with the floridly eccentric members of the Black Book Lodge and their blasphemous rituals of sex and power. It’s almost as if Evelyn Waugh had written a Dennis Wheatley plot set in 1960s counterculture.

Ian Irvine in The Financial Times

Robert Irwin is probably the best-kept secret in British fiction, and the brilliant Satan Wants Me is a seductively plotted novel that will sink its tainted claws into you and refuse to let go. A profoundly unwholesome read, charting the progress of a self-serving young sorcerer through the ascending grades of the Black Light Lodge during the 1967 summer of love, it will provide the darkest possible contrast to your balmy, sun-kissed holiday surroundings.