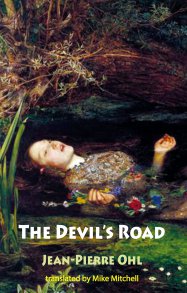 “So on the 16th of August, when tens of thousands of people found themselves stuck between the buildings along the waste ground of St Peter's Field, when Hunt in his white hat climbed onto the platform to speak to the crowd, the magistrates, stationed in one of the nearby houses, decreed a state of emergency and sent word to the Yeomanry. You know what these yeomen are, Number Two?”
Proud of his knowledge, Charley replies at once, “They are volunteers of respectable standing who maintain public order when the police force is insufficient.”
“Good Lord! What a pretty little parrot. I could be listening to your Tory father!”
Charley feels a blush spreading over his cheeks, while the Corporal gives a bitter laugh.
“The Yeomen are smallholders who are ready to do anything to defend their prerogatives. Servile towards the powerful, pitiless towards the poor. The powerful they respect because they only acknowledge force. The poor they hate because they feel them close, hanging onto their coat-tails. Their grandfathers or great-grandfathers had been poor in the past until a piece of good fortune or a trick helped them get their heads above water. And they don't want to go under again. They'll ride roughshod over anything—or anyone— that threatens to pull them back down. And that's exactly what they did at St Peter's Field, literally. The magistrates' orders were to arrest Hunt, Bamford, Wroe and all the rest, then to disperse the crowd. But how could they disperse the biggest assembly in the history of England—sixty thousand at least, gathered in a tiny rectangle of a few acres, hardly able to breathe in the suffocating heat, crushed up against the platform on the north and against the buildings on the other three sides? They simply rode into them, Number Two, clearing a bloody path. With their sabres. I saw the shoulder of Thomas Redford, carrying the banner of Middleton, split in two like a log. They hacked down women, trampled over children. And shouting out insults all the time. 'I'll give you your reform! There you are!'
The Corporal tells of what happened to him at Peterloo

“And the worst thing about all this, my lad, was that these people knew each other! It wasn't the English or the Prussians against the French, it was farmers against their ploughmen, the mill-owners agains their hands, craftsmen against their employees. I heard an old woman near me cry out, 'No, Tom Shelmerdine, you're not going to hit me. I suckled you!' But the said Tom Shelmerdine did hit her. Another yeoman almost knocked me over as he was galloping towards a man who was carrying a big cheese on his head, for the idea was to finish the assembly with a picnic. 'You filthy striker, is this radical enough for you?' the yeoman said, slashing him on the head, his sabre going right into the cheese. I don't know whether the fellow survived it. Some people did manage to escape in the alleyways or hide in nearby houses, but most just stood there, stuck to each other. The wounded didn't even have room to fall down, they simply collapsed onto their knees like suits of empty clothes. Just as I picked up the Middleton banner the hussars of the Fifteenth Regiment arrived to give assistance to the yeomanry. The Fifteenth! My regiment!”