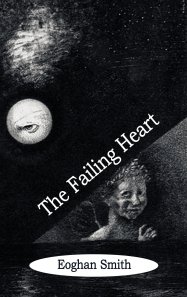 He has been here again. I can smell him, taste him in the air. It is now almost eight weeks since I first came to this place – to my place. You might think that after eight weeks I would have become accustomed to these disturbances, but no, I am unsettled once again. This evening I had just put my mind to the question, my question, the question, when in he burst, into my flat, demanding his due, snarling about downpayments and contracts, waving his little black book at me in a manner that was less than courteous. I raised a hand to silence him. I told him Wait, wait, will you wait, I am working, but it was too late. The chilly, late March damp he brought in with him was poisoned by his noxious aftershave. I wrote haphazardly, in hope, in fear, trying to blacken the page before the words were lost to me. My concentration was sundered, shot through with his presence. I could hear only his body stirring the air behind me. I wrote quicker, trying to ignore him, convinced his breathing became heavier. The more I wrote, the heavier he breathed. I confused the words on the page. I misplaced a conjunction at the beginning of the sentence. I overindulged the subject, and somehow lost the object. In the end it was hopeless: I could no longer ignore the dead weight of his being there.
I let down my pen and rose from the table. Behind me, he had adopted a defiant posture. He squinted furiously and twitched his shoulders. I could see he was jumpy. We both were, as a matter of fact. For a moment I thought I might have to use my fists. I admit the prospect of violence did not make me unhappy, it even excited me a little, made me a little giddy. He rolled his eyes over my bookshelves and turned down the corners of his mouth. He poked his fingers into my last piece of bread. It was not fresh. He snorted cynically. Probing for some evidence of wealth no doubt, some trace of prosperity. Looking for the few miserable pence that I owe him. My due, he said, where is my due? I opened my empty palms. His fingers left hollows in the bread. A feeling of disgust came over me. He nodded slowly. Yes I see what’s going on here, he said.
I did not, could not, speak.
I am here for my due, he said.
But, I said, trying to recover my composure, today is not the due date.
He did not speak.
You will get your due, but not before time, I added with artificial defiance, trying not to look towards the press where I had stashed my money.
We held each other’s stare. The pressure to keep my eyes in place was immense, but eventually he blew out his cheeks and pointed at me again before turning on his heels.
My due, he warned over his shoulder, a half-smile appearing on his face. I will get my due. Well let him come, let him look, let him ask his insufferable questions – there are no answers here.
He backed out of the flat with painful deliberation, keeping his eye fixed on me through the narrowing gap between the door and the frame. I pressed my ear to the keyhole to hear the sound of his departure. My heart was thrashing wildly inside my chest. When I was sure he had gone, I rushed to the press in the kitchen to check the money was still there, for it might all have been a trick, the whole thing, he might have already stolen in some time when I was sleeping and taken the money, he might have watched me as I slept, he might have taken a pillow in his hand – but no. Stop. The money was still there.
I ran into the living room and packed up my writing things where I had left them scattered and clambered into bed, unable to close my eyes and incapable of keeping them open.