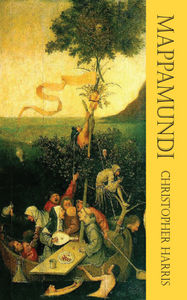 August 15th, 1464
It was a good thing that the pope died at Ancona. Not that I didn’t like His Holiness. I counted him a friend, even though he made me serve him and never gave me the indulgence he promised. No doubt he would have freed and pardoned me eventually, had he lived. I liked the pope, and wished him no harm. It was the place of his dying that was a good thing, and the time, not the death itself. Had he died at Rome I might never have got away. Had he crossed the sea and begun his great venture we might all have been slaughtered by the Turks. And, having been nearly killed by the Turks already, that was something I was keen to avoid. So dying at Ancona was the best thing His Holiness could have done.
Even before Pope Pius died, his plans were falling apart. The rabble he called a crusade had mostly gone back to where they came from. As soon as they heard the sad news, the papal courtiers did the same, heading back to Rome before a new pope could be chosen. Pius’s closest retainers stayed with his body, but only so that they could pilfer his belongings. How they must have wished he had died in the Vatican, where they could have looted his private apartments! In Ancona, in that bare room in a borrowed palace, there was little to steal. Even so, I knew I must take something to fund my escape.

The low-vaulted room was dimly lit. There was a lamp at the bedside, a few guttering candles elsewhere. A couple of servants attended to the pope’s body, furtively searching him while they laid his limbs straight. Others were going through his baggage, turning out clothes and vestments, stripping them of embroidery or cloth of gold. I quickly looked around. On a table near the pope’s deathbed was the book I had been reading to him, a new translation of Plato’s Timaeus. In the rush to grab something of value it had been ignored by everyone. I was surprised that Patrizzi, the pope’s secretary, had not taken it, as he resented the service I did for his friend and master. All the way to Ancona I had been reading bits of the book at the pope’s bedside, so I knew it was as dull as anything of that sort could be. But it was neatly written in the fancy Italian style, and would bring me a good price from the right buyer. I have sold books before, and travelled far on the proceeds. It is just a matter of luck, of finding a wise fool who will pay well for what he cannot understand.
I picked the book up and slipped it under my tunic, and in doing so, saw something even more valuable. There, on the table, concealed by the book, was the Fisherman’s Ring, the symbol of the pope’s office, the seal Pius used on all his letters and pronouncements. His fingers were so bent and swollen that he could not wear the ring. It had been hung round his neck on a silken cord, but towards the end his skin was so inflamed that he could not bear the cord, and had begged his secretary to remove it. Even Patrizzi was not so haughty as to actually wear the pope’s ring, so he must have put it down after sealing a letter, then forgotten about it.
Without thinking what I was doing, I slipped the ring onto my finger, turning it so that the seal of St Peter faced inwards. There are old tales about rings and their power. They can cure wounds, grant wishes, make a man invisible, let him assume the shape of any creature, render the speech of birds and beasts intelligible. Maybe it was the strangeness of the moment, with the Vicar of Christ dead in bed nearby, or the pleasure I got from taking those things before Patrizzi did: whatever the reason, I felt transformed by the ring, filled with confidence and power. I knew what to do and how to do it. The ring would help me to escape. It would get me to England, where I would settle, leave my past behind, and make something of myself.

There was a desk in the next room, with pens and parchment, and ink ready mixed, and letters half-written and laid out for finishing. Nearby was a leather bag for documents, stamped with the crossed keys and triple crown of the pope’s crest. I chose an unfinished letter that began with a long preamble from His Holiness, then, as neatly as I could, wrote some lines telling all who read them to give assistance to one Tommaso d’Ancona, wherever he might pass, and whatever he might require. That is not my real name. I am Thomas Deerham, bastard son of an English soldier who caused no end of trouble with his lies and deceptions. I have tried to be more honest than he was, especially in this account of my adventures. If I have used false names or worn disguises, it was because someone made me, or because it was necessary. And my escape from Ancona was absolutely necessary. As I melted red wax onto a corner of the letter and pressed the ring into it, I felt rather pleased with myself, and with my new name.

I heard wailing from the next room. Others had arrived, more servants and hangers-on, competing in grief with those who had watched the pope die. Soon the bishop’s palace would be full of scavengers. It was too late to return the Fisherman’s Ring. I slipped it back on my finger, and looked around for something else to steal. All I could see was a silk cloth artfully painted to show the countries of the world. The pope had been studying it in his bed, looking at the lands lost to the Saracens, dreaming of leading an army to reconquer them. We all have our dreams, and if it would have taken a miracle to get the pope on his feet again and fit enough to lead an army, then who but a pope is most likely to be granted such a miracle? But there was no miracle. His illness took its course, and took his life. And I took the map. It folded up small and went into the leather messenger’s bag, along with the book I had taken earlier.

So, there I was, with the book, the ring and the map, dressed in the fine livery of a papal servant, armed with a false name and passport, ready to make my escape into the warm Italian night. All the stories I’ve ever been told begin in such a way, with the hero setting off on some quest or other, about to make his way through the world, beset by troubles and difficulties. Well, I am no hero, and I intended no quest. All I wanted was to get back to England, to find me a good wife and a soft bed and a dry roof, to settle in some quiet corner and never venture out of it. I’d been everywhere, or so I thought. The only place I wanted to go was home. I thought I had earned a few comforts, after the life I’d had. But philosophers tell us that the Wheel of Fortune never stops turning. It rolls onward, raising some men high, crushing others, dragging most of us behind it like dogs tied to a wagon. As for my luck, you can judge for yourself. This is no story. It is what really happened.