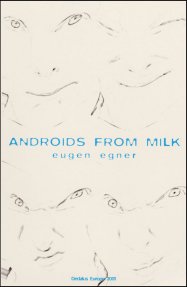 The bus-stop, a regular bus-station-with-soup-kitchen-attached, was a reasonable distance from the family home. A quiet and inconspicuous gang of bikers clad in black leathers were standing beside the bus-shelter. The women among them were as beautiful as Snow White, and as pale. When Reuben walked past in his pointed shoes they raised their crash-helmets politely. Immediately opposite, its doors wide open, the number 48 with its beer-cellar was waiting. At that moment the bikers' leader came clattering up the stairs, accompanied by three bus-drivers.
'Right,' she squealed in a jolly, girlish voice, 'one for the road with you lot and then it's off to the concert.'
So they all turned on their heels and went back down to the beer-cellar. The whole bus wobbled while they were drinking their beer. Reuben was pleased to be in such an interesting place instead of sitting at home with his problem parents, spending the evening drawing. It was the best thing that could happen to a seventeen-year-old, no more and no less.
But every silver lining has to have a cloud. As Reuben was standing there enjoying himself, he heard Dr Rossman's iron snow-shovel scraping along the bus-station tarmac. The sound was getting nearer. Suddenly Rossman came round the corner of the bus-shelter.
'Hands up,' he shouted, when he discovered Reuben. A moment later his bosom friend, Prümers the parish priest, appeared from the same direction.
'Reuben Hecht!' screamed Prümers. 'Is this the company you keep? Shame on you to bring such disgrace on your poor, poor parents!'
'Even in death they are not spared,' added Rossman.
'Come and repent,' cried Prümers.
The medical officer of health was getting worked up. 'Just look what you've done!' he exclaimed.
'But I haven't done anything at all,' protested Reuben, flabbergasted. 'I've no idea what you're on about. My parents know I'm going to the concert this evening.'
'To a concert!' squawked Prümers. 'To worship the devil, you mean! And with your parents laid out at home, cold and dead!'
'Cold and dead!' repeated Rossman, at which Prümers yowled, 'Amen, amen, amen.'
Reuben was beginning to feel ill. His irritable bowel syndrome had been aroused and the point fell off one of his shoes. What on earth were these two lunatics talking about?
By now Rossman was foaming at the mouth. 'And you weren't at home to lend those to whom you owe everything — I repeat: everything — your aid in their hour of need! Instead you're hanging around the bus-station!'
'That can cost you your eternal bliss, no problem!' exulted the priest. 'You didn't honour your father and mother, you shit! You should be sold off to a laboratory where they do animal experiments.'
'He has to be sent to the children's home, as it is,' Dr Rossman declared, referring to Reuben's inability ever to come of age.
'What do you mean?' Reuben asked. 'What is going on? What are you trying to tell me, for God's sake?'
''For God's sake'! Just listen to the sinner!' Prümers expostulated. He hit Reuben in the face, but his aim was poor.
'Oh, come on now,' said one of the leather-clad bikers. The others huddled closer together apprehensively. Reuben regretted he had no firearm with him.
'You shall not take the name of the Lord your God in your mouth!' hissed Prümers. 'Especially not you of all people!'
'You want to know what's going on, do you?' Rossman bawled at the boy. 'I'll tell you what's going on. After all, I am the doctor who signed the death certificates. Your father strung himself up and your mother was so fed up with the whole business, she just dropped down dead.'
Reuben went pale with shock. 'It must have all happened very quickly,' he said. 'I've only been away for fifteen minutes at the most . . .'