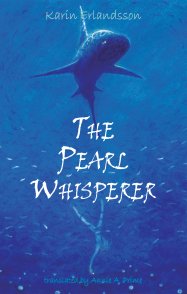 Magical treasures and terrible dangers in a beautiful underwater world… The Pearl Whisperer is the first book in the four-part series Song of the Eye Stone. Set in a fantastical world, it is an epic saga of friendship, longing and the things that truly matter in life. It is published with Book 2 The Bird Master.

Pearls are the most precious commodity in the Queendom, and Miranda is the most skilled pearl fisher of all, even with only one arm. But she has her eyes on a greater treasure: the famous eye stone. Legend has it that whoever finds the eye stone will never want for anything again. But how is Miranda supposed to find it when Syrsa, a chatty little girl with no diving experience, insists on tagging along? It soon becomes clear that they are not the only ones on the hunt for the eye gemstone. Iberis, the white-haired woman with the burning eyes, is right behind them. Who finds it first will depend on the mythical pearl whisperer, someone with the magical ability to hear the pearl’s song.