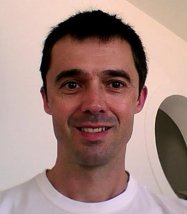 Robin Patterson came late to literary translating, having previously pursued a legal career in various parts of the world. He has participated in both the Birkbeck and the BCLT literary translation summer schools and, in 2013, was mentored by Margaret Jull Costa as part of the BCLT mentorship programme. In 2014, his translated extracts from José Luís Peixoto’s Inside the Secret were serialised by Ninth Letter, and his translation of Eve’s Mango, an extract from Vanessa da Mata’s debut novel, was featured on the Bookanista website. He also contributed a translation of Congressman Romário: Big Fish in the Aquarium by Clara Becker to The Football Crónicas, a collection of football-related Latin American literature published by Ragpicker Press in June 2014.

The Girl from the Sea(and other stories)