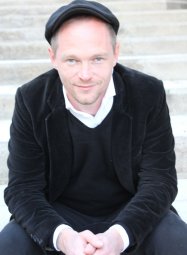 Lars Ramslie was born in 1974. He made his debut in 1997 with the novel Biopsy, a novel about the relationship between a son and his heroin-addicted father, which received the Tarjei Vesaas First Book Award.

Uglybugly marks a new departure in his work. It is his first novel to be published in the UK.