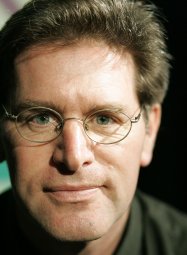 Dedalus will publish Andrew Crumey ninth work of fiction Beethoven's Assassins in the Spring of 2023.